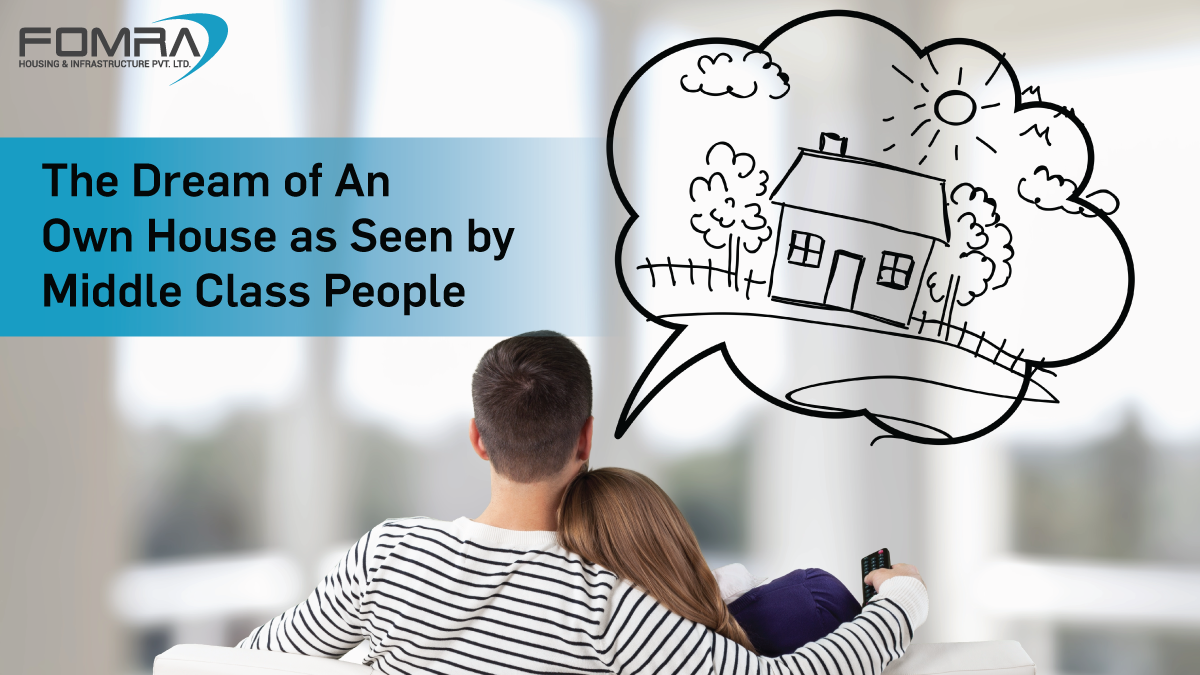 One of the major metropolitan cities in India, Chennai has been witnessing continuous and rapid growth during recent decades. With several unique points of attractions such as career opportunities and educational prospects, the common man is drawn toward this city. There is a constant movement of people from the other parts of the nation into Chennai. This naturally influences the demand for residential real estate here.

People who throng Chennai seek accommodation – in the form of rental housing as well as ownership – apartments being the primary choice in both the versions. Owning a house has been the dream of the Indian middle class. Now here’s where there are a few factors to keep in mind before buying own house.

The middle-class life in Chennai and its unique characteristics

There are three types of people living in major Indian cities such as Chennai. They are those who live in rented houses with financial constraints, those who opt for buying their own houses, and then those who can afford to buy and yet choose to rent their house and remain neutral. In the middle-class Indian setting, typically the income of the family determines the choice.

For most of the middle-class population, acquiring their own home is the most important milestone and goal in life. It is probably the largest financial investment they make in their lives as well. The middle-income group segment, while finding it difficult to acquire a new apartment in the core city area, can afford to live in a higher income group apartment comfortably on a rental basis. It is the loan repayment capacity and annual rise in the rental expenses that determine this segment’s apartment buying decision.

The monthly rent of residential properties in Chennai keeps increasing

Chennai has been one of the most popular cities in the South of India. There are a lot of IT and ITes Companies here, in addition to renowned industrial and manufacturing units in and around the city. These, along with other factors such as numerous prestigious educational institutions as well as investment and job opportunities ensure that the city receives substantial recognition from not only locals and people from other states but also NRIs. The huge investment potential and the voluminous migrant workforce are a few other factors that drive the demand for rental residential properties up.

Porur has been one of the most sought-after localities in Chennai when residential real estate is concerned. In addition to the availability of the apartment for sale in Porur, budget flats in Porur are available on a rental as well as an ownership basis. Although initially appearing to be economical, living in rented apartments starts losing its charm when the mandatory annual hike in rent takes the rental expense burden to high levels, making it difficult for consumers to cope up.

A few of the popular localities in Chennai that have appreciable liveability quotient and offer a good lifestyle are Porur, Alwarpet, Purasaiwakkam, Thiyagaraya Nagar, and Ashok Nagar. Although apartments are readily available in different budgets and with various levels of sophistication, the rent element keeps increasing. This drives a portion of the segment to go in for buying their own residential properties.

The population of migrants into Tamilnadu, especially Chennai, has been increasing. With ample job opportunities and affordable living conditions, budget flats in Porur are in great demand. Owning a house has always been a significant dream among middle-class people. Builders are coming up with projects that boast affordable apartments for sale in Porur, thus alluring the modern population.

In India, most first-time homebuyers, especially the working class, view buying an apartment that does not involve shelling out much in EMIs as a safe investment. In fact, the difference between the rent and housing loan EMI plays a significant role in the buying decisions of average Indians. If the EMI with interest and principal components is not far exceeding the rent that needs to be met, people find it relevant to go in for buying their own homes.

Saving money for buying an own house is a major goal

Acquiring an asset in the form of an apartment for sale in Porur involves investing hard-earned money and availing bank loans for the middle class. In order to advance the required 25% amount, people have to start saving and ensure to avoid other loans or debts. Prudent people will keep away from any other type of loan and repayment commitments when they decide to opt for home loans. Budget flats in Porur help people from this segment to buy a home that suits their own budget.

Porur, the right place for real estate investment in Chennai

With several exclusive benefits, Porur, the rapidly developing suburb, has been the target of a number of homebuyers today. Buying flats in Porur is considered to be a sound financial investment because of the following factors:

Offering high living standards, and equipped with excellent social facilities, Porur is a natural choice for the modern homebuyer today. Budget flats in Porur are not only great investment opportunities for the middle-class community but also a great way to fulfill its life’s dream. Homebuyers are not to forget the factors to keep in mind before buying own house.

What are the perks offered by ready-to-occupy flats in Chennai?

As the name states, they are ready to move in, without any further modifications. It is the best option for middle-class people to easily buy their dream house at a budget price in Chennai.

How to plan to buy a house in India?

Planning is the most crucial step and includes various factors like a financial investment, choosing the right location, opting for a loan, looking for future resale value and checking for the best builders.

How to buy a home with low income in India?

What is special about low budget flats for sale in Chennai?

Low budget flats are compact homes that come with a lot of advantages for people looking for 2 BHK apartments for sale in Chennai. Many builders offer budget flats with lower down payment as an initial payment option, and the remaining amount as EMI, thereby helping people buy their dream house.